0
was successfully added to your cart.

Yep, they fall over too!

Lock your bike in place with ease!

Stores on your handlebar!

The Parking Brake for your Bike!

How often have you stopped on a ride and tried to stand your bike against an object or wall, only to realize that the ground isn’t quite flat, and the bike starts to roll?
The solution typically is to find a position with enough points of contact (edge of saddle, side of handlebar, pedal) that somehow arrests the roll. Or, as a last resort, to give up and lay down your bike.

In the category of “the simplest solutions are often the best,” enter BikeBrake. It resembles an extra-wide, extra-thick rubber band the diameter of a handlebar, with two curved “grab tabs” extending beyond the edges in one spot.

The BikeBrake unobtrusively fits around the handlebar near the front brake lever. When parking the bike in a situation like that just described, you simply engage the front brake and stretch BikeBrake over the lever to keep it engaged. Then you can lean the bike against almost anything — even with only one point of contact, and on nearly any slope — and it won’t go anywhere.

I put BikeBrake to use on a number of recent rides over the past few weeks. At my typical watering hole on my regular route, and at store stops on longer rides, it made parking the bike fast and worry-free.

No matter the terrain or the surface against which the bike was leaned (wall, tree, car, whatever), with the BikeBrake firmly engaging the front brake, my bike was steady and could be easily parked.

Using it, I no longer experienced those couple of tense moments in certain tenuous parking spots where you slowly release the bike from your hands, closely watching to see if it will remain in place.

While I didn’t have occasion to test it on such “extreme” terrain, a photo on the BikeBrake website shows a road bike parked on concrete steps, heading down.

BikeBrake founder Kendall Kelsen says the product arose from the need to build a better rubber band, which is what he and a friend had been using for the same purpose.

“Because rubber bands crack and fail, I came up with the idea of creating the BikeBrake,” Kelsen says. “After researching many material and design options, I finally settled on what we have today. It is made to last a long time. The grab tabs were added to make it easier to lift off the grip.”

The “grab tabs” are helpful, but the product is still hard to pull away from the handlebar when you want to stretch it around the brake lever. If you try to pinch the tabs between moist fingers, They’re apt to slide away. I found that linking the index finger and thumb behind the entire BikeBrake provided the surest grip for removing it from the bar and brake lever. it’s not much of a drawback, and the grab tabs may work just fine in conditions other than the extreme humidity of an Atlanta summer.

The website advertises BikeBrake as a money clip as well, but I doubt I ever use it that way. It is great for other instances when you want to keep your bike steady, or keep the wheels from spinning. I used it to lean my bike against a wall in my office when installing a new saddle, so I could keep it steady and almost completely upright on the flat surface, making it easy to use a bubble level on the saddle.

And next time I put my bike on the hitch rack on my car, I’ll use it to keep the wheels from spinning while driving (it’s an easier solution than tying down the wheels with tubing).

The BikeBrake is a simple, inexpensive solution to bike parking issues. Like other simple products, you could use something else around the house to do the same thing. (I immediately thought of the comparison of a sandwich bag to a JerseyBin.) But, just as with the JerseyBin, the BikeBrake is an evolved, better solution.

Bike Brake Announces the Parking Brake for Your Bike

In September 2009, Bike Brake introduced their new bicycle parking brake for use on bicycles not equipped with kickstands. Designed with a low profile to remain on the grip, it is durable, lightweight, and un-obstructive. Bike Brake features two grab tabs to easily lift and extend around the brake lever to keep the front wheel from spinning, greatly stabilizing the bicycle when stood upright. Now available in nine colors Bike Brake fits both road and mountain bikes.

“Bicycles are very expensive and there is always the potential for them to fall when temporarily parked. This can scratch the bike or often the car it rests against,” said Kendall Kelsen, President of Bike Brake. “It takes less time to apply the Bike Brake than to attempt a good bike balance. You can be confident your bike will stay in place.”

Bike Brake can be used when preparing for a ride, taking a break, performing maintenance, or storing the bicycle. There is also a theft deterrent factor when the bicycle is unattended. Bike Brake is distributed through Paceline Products and can also be purchased online at www.bikebrake.com.

It’s so simple; you wonder why no one else has thought of it before now.

It’s just a tiny odd-shaped rubber band, but it relieves one of those little annoyances that comes with cycling. The Bike Brake is a wee gem of practicality. When placed around the handlebar and front brake lever (road or mountain bike), the rubber band stops the front wheel from moving.

The patent-pending product from California is self-described as “the parking brake for your bike.” And it works.

If you’re like me and don’t have a kickstand on your road bike (I won’t go into the reasons unless someone asks), the Bike Brake keeps your bike where you put it. I’m always leaning my bike against a wall her inside or outside the house or in the garage or store front, and the bike always rolls forward until it falls over. Sometimes that leaves dirty tire marks on the wall or, worse still, it scrapes off bits of my nicely wrapped bar tape or frame. Bike Brake stabilizes the bike upright against most supporting places—and makes the bike stay there! With the Bike Brake on, the wheel can’t slide forward or pitch out at an odd angle. It simply keeps the bike upright.

Tiny tabs are for grabbing

I recently tried the Bike Brake on a five-hour ride. I stopped at three convenience stores, a garage sale and a picnic table. I made a point of using the band each time. It worked quickly and simply. Kendall Kelsen, president of Bike Brake, says that “it takes less time to apply the Bike Brake than to attempt a good bike balance.”

It also comes in handy when trying to do quick cable adjustments, pumping up the tires, or repairs. The manufacturer says the Bike Brake also works as a sports money clip, so you can carry your ID, Health card, credit card and some paper money with minimal hassle and weight.

When not in use, it simply sits barely noticeable on your handlebar. Cool.

So why not make your own? Some people have tried using a cut-up inner tube, but it was too thin, ripped easily and was fussy to handle. The wee Bike Brake costs $2.99 US. Introduced in 2009, it now comes in a bunch of colours to match your bike or bar tape. It is distributed through Paceline Products or you can buy it on line at www.bikebrake.com.

Keep your bike from rolling away.

We laughed when we first saw this product. Then we used it and stopped laughing.

Tech features: The Bike Brake is a rubber band that slips on your handlebar. When you want to set the parking brake, you pull the band over the brake lever. It is available with six different color highlights to match your bike. The Bike Brake sells for $2.99 (postage included) from bikebrake.com.

After the Thrashing: This is a simple product that gets the job done so effortlessly you’ll wonder how you ever got along without it. How many times have you leaned your bike against something, turned your back and heard a crash. The Bike Brake eliminates this gut-wrenching experience. We became addicted quickly, using it while pumping up tires, checking the suspension settings and every time we leaned the bike against anything. The wrecking crew, being the cheapskates that we are, cut up an old tire tube to make our own Bike Brake. Didn’t work. It ripped easily. was too thin and needed more fussing than it was worth. Hey, we are only talking about $2.99. We already know what our favorite Christmas stocking stuffer is going to be for 2009. If you get one to try, we will bet that you’ll be back to get one for every bike in the garage. 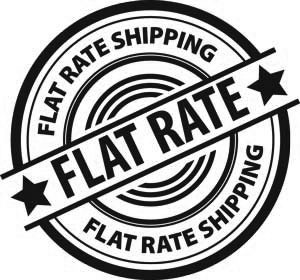 Just want to tell you how much I love my Bike Brake. I can’t believe how stable it makes my new, expensive Carbon-frame bike when I need to park it. It feels super well made, has just the right amount of elasticity, and is the perfect size on my drop bars. Such a simple solution!

BikeBrake values a safe shopping environment as much as we value privacy.

We have taken every step to make sure your experience here is safe from hackers and identity thieves.

BikeBrake blazed onto the cycling scene in early 2009. Our intention is simple, keep every road and mountain bike from falling over when not in use.

Click to read what the cycling industry has to say about our beloved BikeBrake.